I just can't help but loving the team!
They find ways to fold flat materials and produce furniture.
The folded forms are usually filled with polyurethane foam. 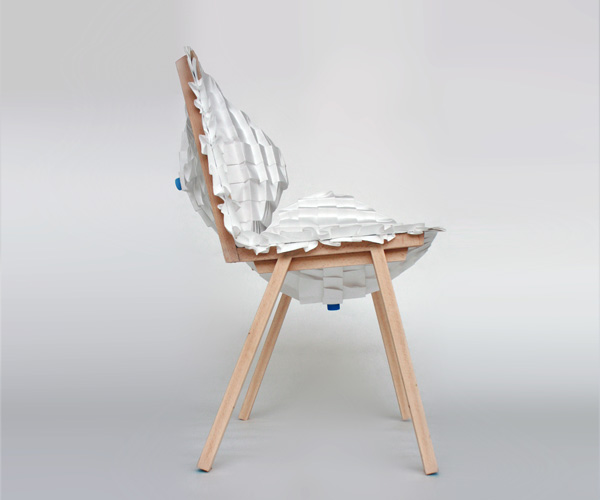 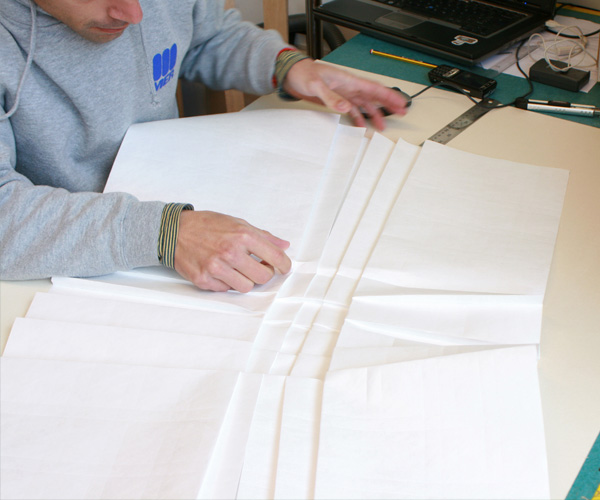 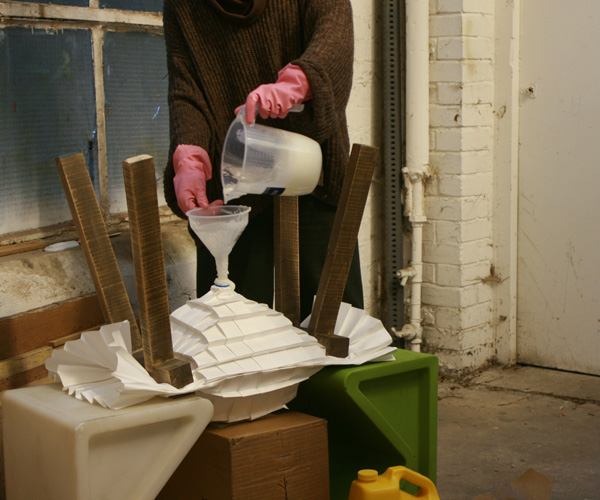 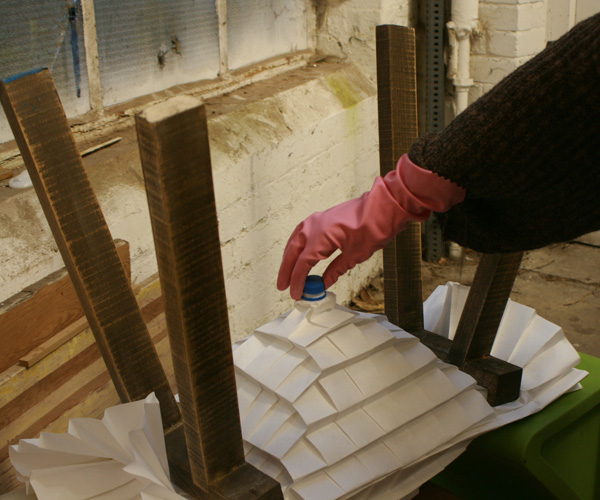 Pleated Pleat
Borrowing a technique used in fashion production, Raw-Edges folds and re-folds DuPont™ Tyvek® to create a series of plush seats. The method of pleating allows the flat, non-elastic material to become a springy, three-dimensional cushion when filled with soft polyurethane foam. 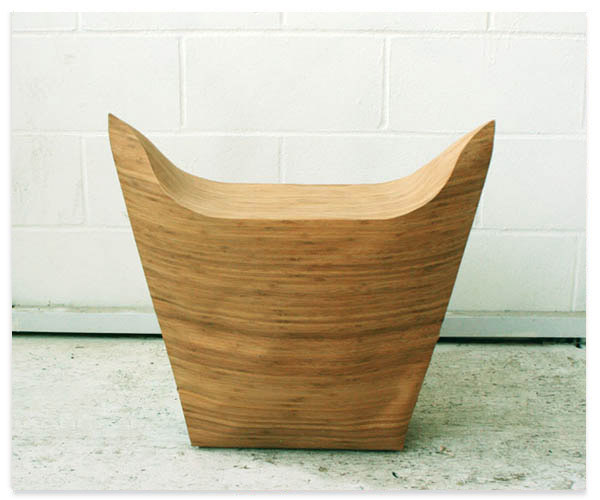 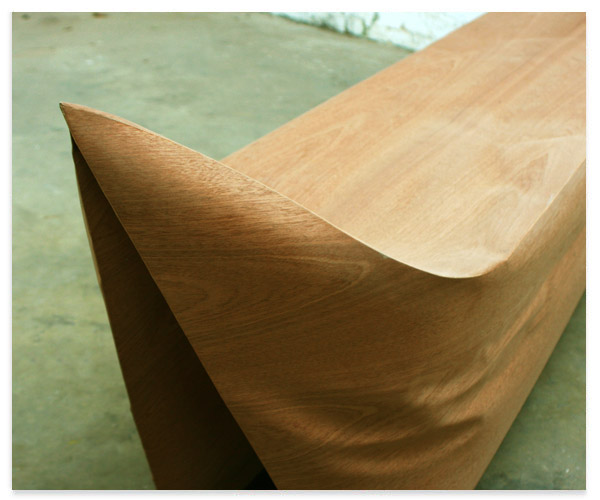 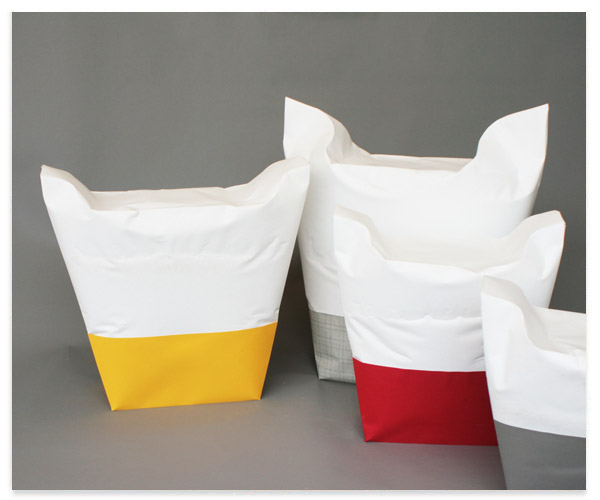 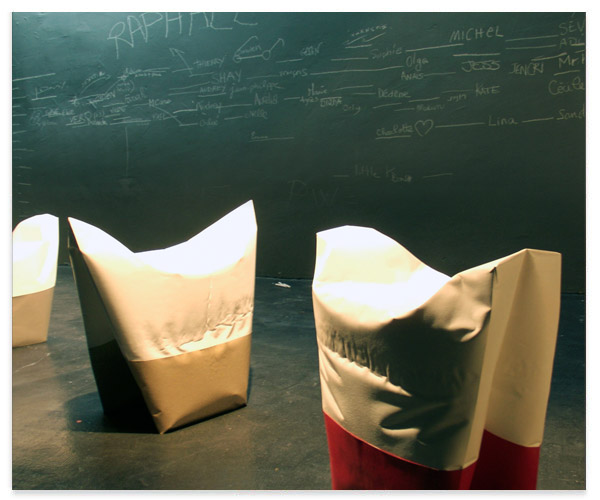 Tailored Wood & Tailored Stool
A technique similar to that used in the clothing industry is applied to furniture. A pattern is generated and when assembled, the resulting void is filled with foam. Just as a suit is altered to fit the client, the furniture is custom made and adapted to fit the user be they tall, short, skinny or fat.
The process is unconventional in terms of industrialised furniture, in that it proposes a construction technique without a mould. The pattern itself becomes both the defining surface and the mould. In a sense it is a reversal of upholstery in which normally a skin is applied over the stuffing. 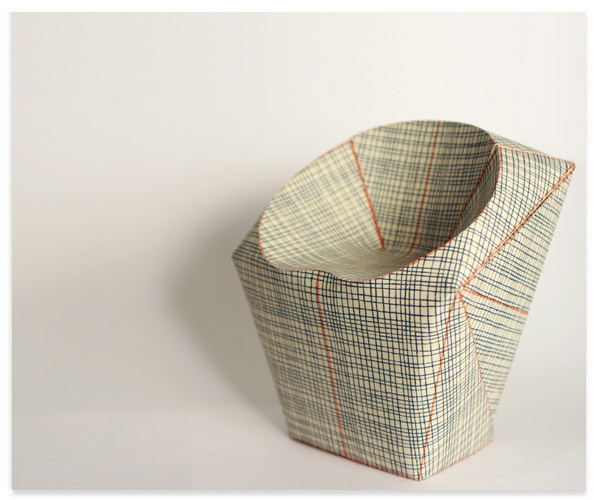 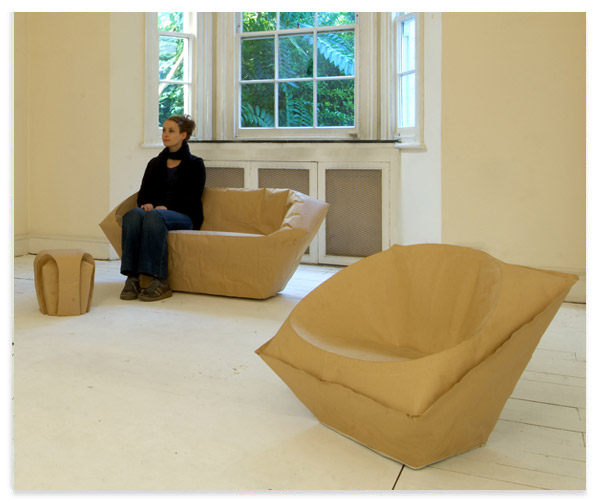 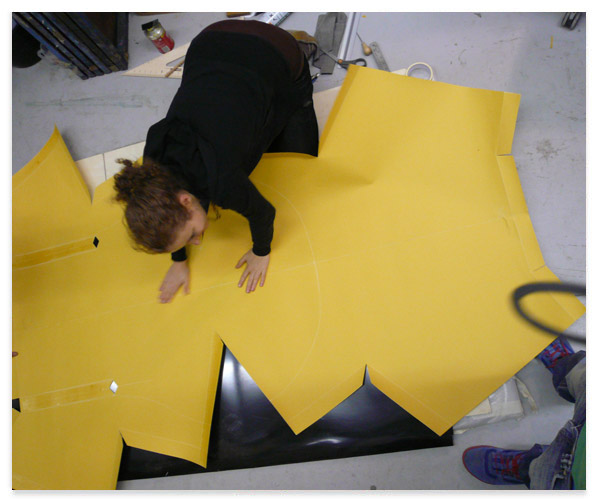 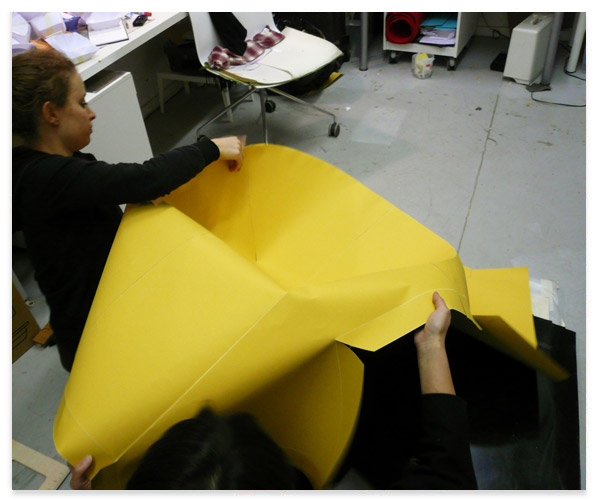 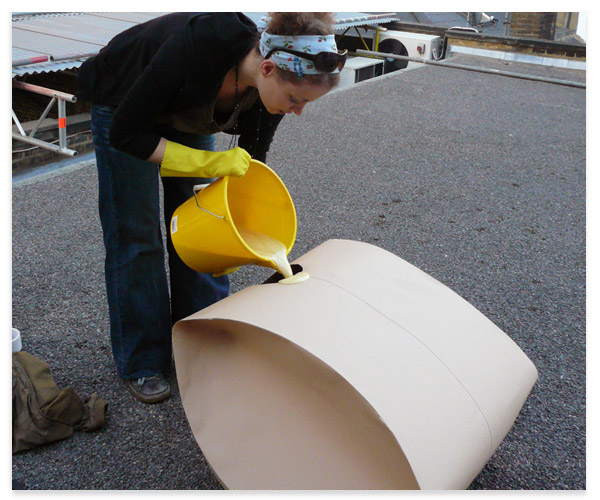 Volume
The seats are made out of big sheets of pattern paper or wallpaper, filled with expanded polyurethane foam. The folded structure acts as a mould and as an "upholstery"; after being shaped the empty paper chair is steady enough to hold its form and enable polyurethane casting.
Autor: Dorot o 02:23